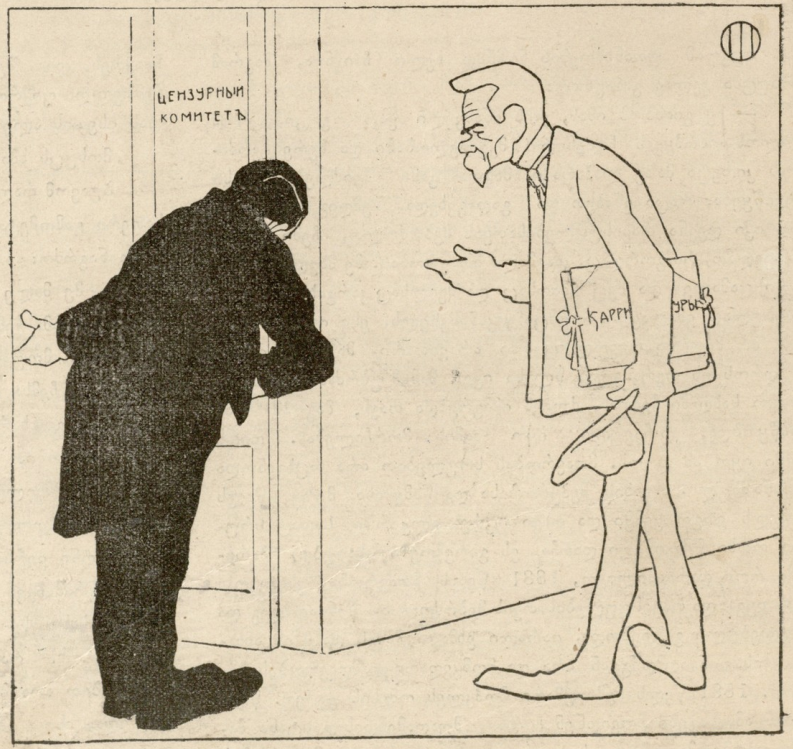 The main addition to the site in August and September was a capsule biography of Oskar Schmerling, much of which is based on original research. For example, although Schmerling's birthplace is universally cited as Tbilisi, in his 1914 résumé Schmerling himself stated that he was born in Stavropol in southern Russia. Since this is the only primary source we've found so far indicating his birthplace, we consider it authoritative. We also found Schmerling's grave at Vake Cemetery in Tbilisi, where he is buried alongside his daughter, René, and an A. E. Schmerling, presumably a grandchild. A big thanks to the kind ladies who work at the cemetery for helping us! And if you're also interested in what happened between Schmerling's birth and death, you shouldn't be disappointed.

In addition to Schmerling's biography, we added new caricatures, including

This site is a continuous work in progress. We will be adding more images along with translations and explanatory commentaries where necessary, so please check in again later!